A 74-year-old man with chronic lymphocytic leukemia and angioimmunoblastic T-cell lymphoma (AITL) of the right lung was undergoing evaluation for initiation of chemotherapy. Bendamustine and rituximab were previously initiated but stopped after one month due to adverse effects. The patient subsequently completed 7 years of ibrutinib therapy, which was halted 3 weeks prior to presentation due to its ineffectiveness and significant hematologic lab abnormalities. Treatment with CHOP (cyclophosphamide, doxorubicin hydrochloride, vincristine sulfate, prednisone) was proposed, however the patient had a nodule concerning for cellulitis on the left fifth palmar digit requiring treatment prior to chemotherapy initiation. No improvement was seen after courses of cephalexin and doxycycline. Due to a lack of response to these two antibiotics, dermatology was consulted for further evaluation.

On physical exam, there was a 1.3-cm red-violaceous crusted nodule on the palmar aspect of the left fifth digit (Figure 1, panel A). Dermoscopy showed central orange-tan pigmentation with loss of normal acral ridge pattern and surrounding irregular vessels (Figure 1, panel B). The differential diagnosis included Sweet syndrome, drug eruption, infection, and malignancy. A punch biopsy was performed and showed an atypical lymphocytic nodular infiltrate with angioinvasive and angiodestructive features, and immunohistochemical stains suggested AITL. The patient’s clinical stage was changed from stage II to stage IV AITL due to skin involvement, and the patient was started on CHOP treatment.

AITL is a peripheral CD4+ follicular T-helper cell-based lymphoma that presents with B symptoms and generally has a poor prognosis after conventional chemotherapies [1]. Though rare, AITL has been reported to present with skin manifestations in up to 50% of cases, which typically present as macular or papular eruptions on the trunk, similar to toxic erythema of chemotherapy, drug eruptions, or viral exanthems [2]. However, there are multiple case reports of AITL mimicking a variety of systemic dermatologic or oncologic entities, including dermatomyositis, systemic lupus erythematosus, vasculitis, and urticaria [3].

This case of AITL with cutaneous involvement illustrates an uncommon presentation of this peripheral lymphoma that often has skin manifestations. The presence of skin involvement implies an advanced clinical stage, which confers a poorer prognosis [4]. Due to its variable presentations in the skin, it is often misdiagnosed as a vasculitis or exanthem, particularly when its initial presentation is in the skin without prior diagnosis of internal AITL malignancy [3]. As in this case, most patients are treated for their condition with chemotherapy, starting with anthracycline-based chemotherapy, and often require higher-dose or modified therapy due to the short response duration [4]. Here, we highlight the diagnostic challenge of AITL and the clinical importance of its identification for appropriate staging and treatment of this condition.

All authors retain copyright in their articles. All articles published open access allowing for immediate free access to the work and permitting any user to read, download, copy, distribute, print, search, or link to the full texts of articles, crawl them for indexing, pass them as data to software or use them for any other lawful purpose. Permitted reuse is defined by  the following user license:

Creative Commons Attribution (CC BY): lets others distribute and copy the article, to create extracts, abstracts, and other revised versions, adaptations or derivative works of or from an article (such as a translation), to include in a collective work (such as an anthology), to text or data mine the article, even for commercial purposes, as long as they credit the author(s), do not represent the author as endorsing their adaptation of the article, and do not modify the article in such a way as to damage the author's honor or reputation.

Authors retain copyright in their work and license the publisher to publish the content. The publisher is the National Society for Cutaneous Medicine, with production and publishing support provided by OJS, Open Journal Systems,see https://pkp.sfu.ca/ojs/.

Prior to January 2022, authors transferred copyright to the National Society for Cutaneous Medicine. However, all articles are freely available to anyone in the world. There are no subscription fees, page charges, or article processing charges. 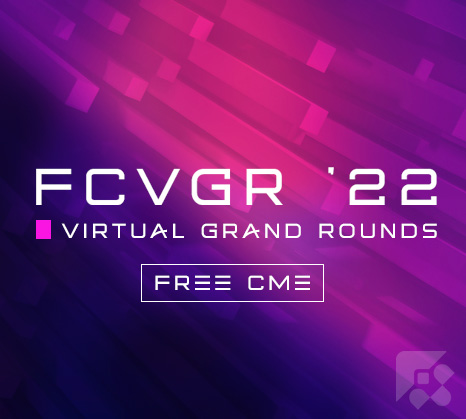